Capture Attention for Your Cause: Behavioral Triggers for Giving

Published on May 16 2018 by Author | Behavioral Economics & Psychology

Despite popular science publications making it common knowledge that giving makes us happier (1), giving is the exception, not the norm. This infrequent donation behavior was documented first-hand in a recent online survey run by Giving Docs where only 5% of participants made a donation on a daily or weekly basis. 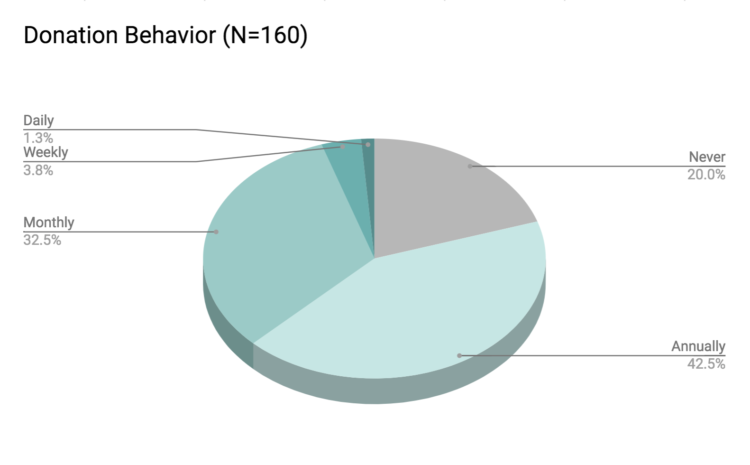 Thanks to extensive research on cognitive biases by social scientists, our field is armed with a powerful behavioral toolkit to inspire action. (Some recent CAH blogs on donation behavior are here, here and here.)

Capture attention for your cause by using these six actionable biases in your donor strategy today:

If you’ve ever seen ASPCA’s notoriously heart- wrenching TV commercial graced with Sarah McLachlan’s somber melody, you will appreciate the impact of a single pair of eyes looking at you asking for help. While intuition suggests staggering numbers would lead to action, a clear identifiable victim, or identifiable recipient, inspires donations at a higher percentage than large, unrelatable numbers. (3)

Use clear imagery of a single “victim” and share specific text about their experience to elicit an emotional, and monetary, response.

The social nature of humans means we also have the desire to be similar to others. A 2012 study by Facebook found that the act of friends sharing their voting behavior generated an additional 340,000 votes nationwide. (4)

This social proof can be leveraged to increase overall messaging impact. Create distinct opportunities for your community members to share their gift.

Imagine you receive a call from your alma mater requesting a donation. You initially consider donating $50, then learn most people donate an average of $200. (5) This new information makes you feel your initial offer was too low and you resolve to donate $100.

The anchoring effect suggests that people are overwhelmingly influenced by the first piece of information they receive. Thanks to the $200 anchor, your alma mater increased your donation by $50, doubling your intended amount. This tactic can also be applied digitally using default donation amounts: 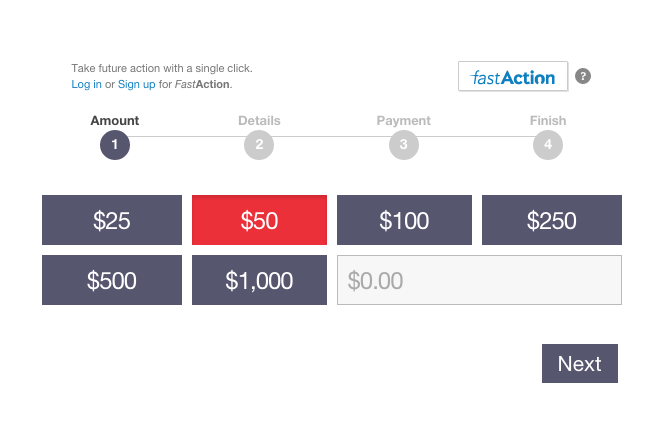 Another instance of anchoring is seen in the decoy effect. Take the example below: while few donors are likely to make a $1000 donation, the organization of the default donations frames users to think about donating a higher amount and leads their eyes to the center donation value of $250. Renowned behavioral economic researcher Dan Ariely (advisor to Giving Docs) illustrated this effect in a study on subscription tiers for The Economist. (6) A third decoy tier increased likelihood to purchase the more expensive tier from 68% to 84%.

If you’ve fallen victim to clicking on a “Last Chance” or “Today Only” marketing email from your favorite brand, you have experienced loss aversion. This behavioral trigger tells us that loss feels more painful than an equivalent gain will feel good. It causes us to take action to avoid a loss.

The example above demonstrates how loss aversion may motivate a buyer to make a snap purchase decision to receive their product more quickly.

A sub-theory of loss aversion is the endowment effect, which suggests we are more likely to attribute value to the things that we own. This could be one contributing factor to the trend of increased annual charitable giving following naming a charity in your will.

Dr. James has been analyzing the charitable behaviors of an ongoing longitudinal research study of more than 20,000 Americans by the National Institute on Aging.

For this analysis he looked at more than 9,000 responses about annual and planned gifts. His findings show an average increase of $3000 in annual donations after the creation of an estate plan including a charitable bequest. (7) 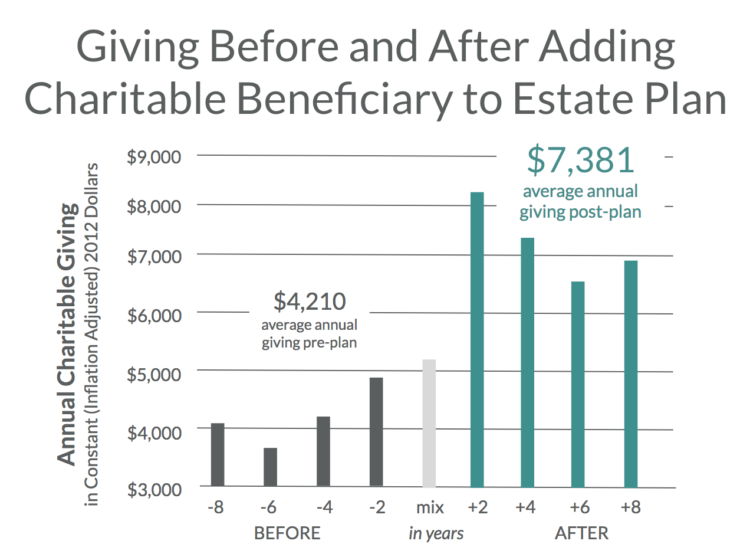 By documenting a lasting commitment to a charity these individuals may be ascribing a certain level of ownership, triggering the endowment effect. The more you can give your community a sense of ownership in your cause,  the greater the impact.

Giving Docs is in the 2017 Startup Lab cohort at CAH. Giving Docs helps people support the causes and people they love. Our online estate planning platform builds life-long relationships through the creation of a fast and simple legacy plan.

2) Attitudes And Behaviors Around Giving collected from Amazon Mechanical Turk. May 2018 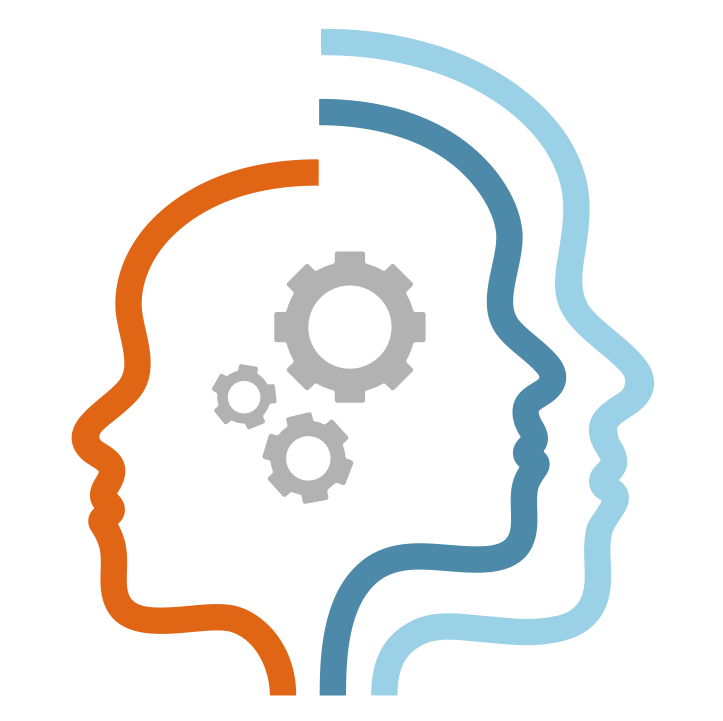 Why Do We Waste so Much Food?
Next Post

Is Money an Effective Health Incentive?