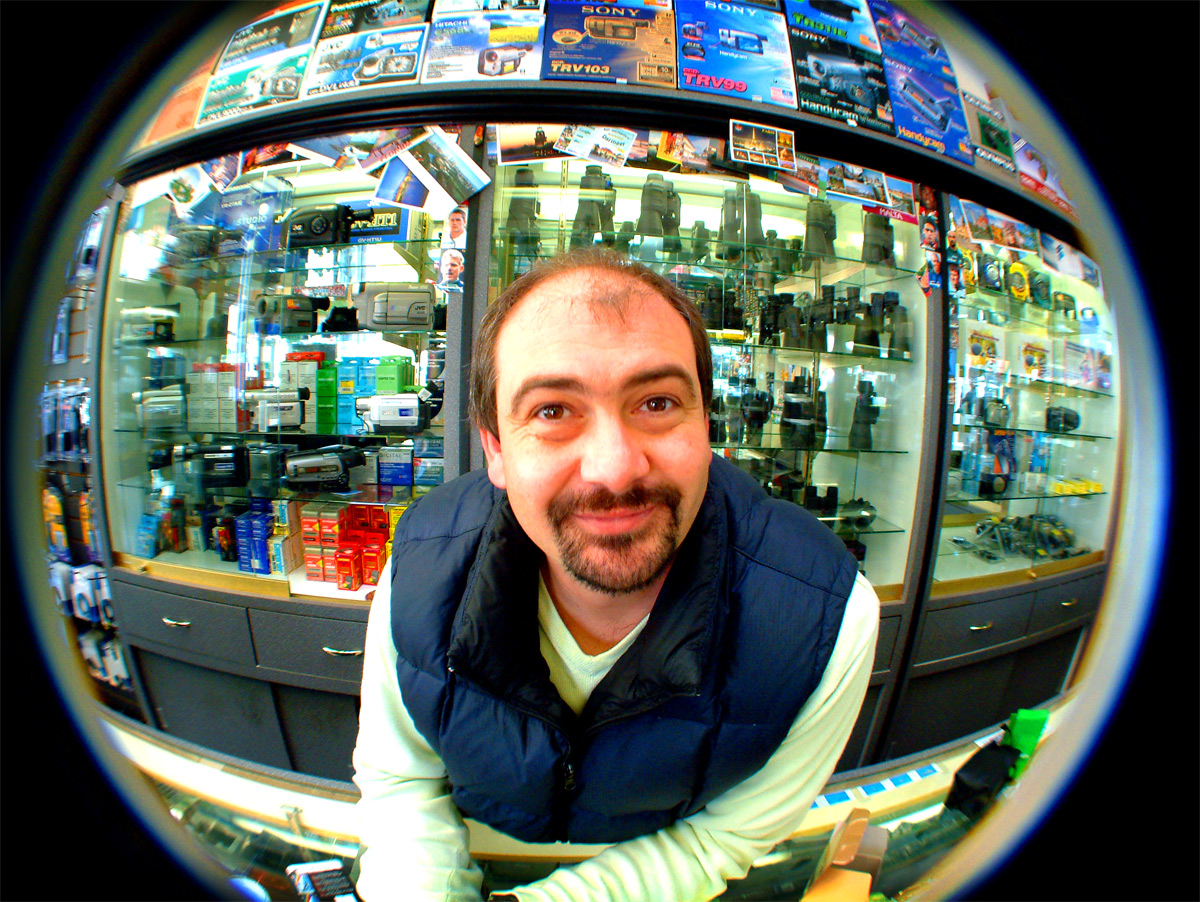 This week, I visited a camera store to order two enlarged prints as a gift.  I don’t order photo prints very often; in fact, I’m not sure that I have ever ordered prints aside from graduation photos.  As I was making my purchase, the friendly, middle-aged woman who had been helping me asked whether I wanted to become a store “member.”  I learned that for only 13 dollars and change, I could save 10% on purchases at the store for the next year, including around five dollars on the order I was purchasing.  (I asked whether this discount applied to cameras.  It did not.)  After fleeting consideration, I explained that I did not think it was likely that I would be buying more prints in the next year, and hence membership was not a worthwhile purchase for me.

To the friendly saleswoman, this did not seem be a satisfactory answer.  She continued to push the membership offer, emphasizing the five dollars that I would be saving.  “I don’t know about you,” she said, “but I’m someone who likes saving money.”

As I walked from the camera store to my car, I couldn’t help but contemplate this saleswoman’s comment.  Did she actually believe that purchasing a camera store membership would benefit my bank account in the long run (as she appeared to), or was she simply a loyal store representative, eager to make additional sales (which seemed more likely)?  Either way, her comment reflected a “save by spending” mentality that permeates modern-day America.

Membership programs and customer reward programs that charge an initial fee are prime examples of the “save by spending” creed.  The customer is presented with various opportunities for future discounts, provided he or she coughs up money for a membership.  As in my camera store situation, the membership offer is usually presented right before purchase, and the amount saved on the purchase itself is highlighted by the salesperson.  The customer is forced to decide on the spot whether he or she would like to join.

Membership programs are rather curious in light of the established research finding that, in general, people will settle for less money if they can have it immediately – a tendency psychologists refer to as temporal discounting.  (Think Money Mart loans or pawnshops.)  In contrast, joining a membership program means foregoing money now for the possibility of earning that money back later on.

There are several reasons these programs may work.  First, they force the consumer to project the likelihood of future purchases in a biased setting.  People are notoriously bad at predicting the future; when buying an enticing summer novel at Barnes and Noble, surrounded by other books, one is more likely to consider spending money on books than on the variety of other products out there.  Second, when presented with the membership program, people may experience mild social pressure from the sales associate.  Third, if people are making their purchases with credit cards, they’ll be more willing to slap on an additional membership purchase; research attests that using credit cards makes people spend more, compared with cash.

Last but not least, the feeling of saving money is just plain rewarding.  We know that money is valuable.  At the same time, we don’t want to save by foregoing that sparkly new iPhone accessory.  Membership programs offer us the opportunity to have our cake and eat it too – to experience the joys of saving and spending at the same time.  And I’m guessing this makes companies pretty happy too.

Of course, membership programs aren’t the only example of our tendency toward saving by spending.  Who hasn’t relished in the experience of buying a product at 50% off, focusing on that 50% that they have magically “earned”?  I know I have.  This may be part of the reason that the average American has half as much personal savings as personal debt.

Thank you, kindly saleswoman, but I will simply pay for my photo prints this time.

Heather began her research training at the University of Waterloo, investigating a curious phenomenon known as time-space synaesthesia, and continued...